THE ORIGINS AND HISTORY

A look to the past: Pejo Spa 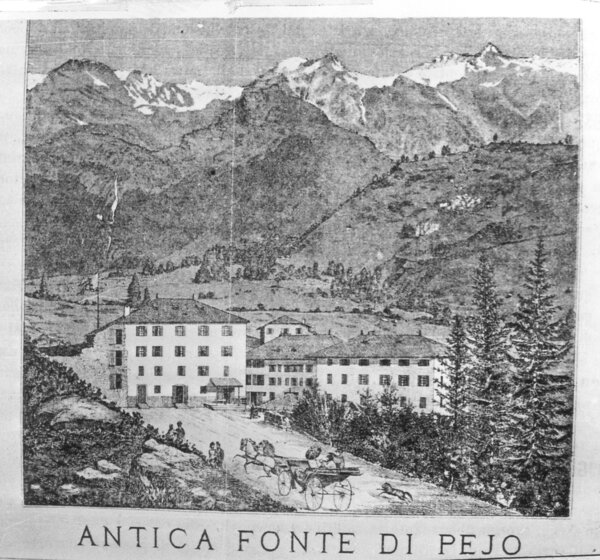 The Terme di Pejo are located in Pejo Fonti, in Val di Pejo, in Stelvio National Park, at the foot of the Ortles-Cevedale group which includes the highest peaks of the Eastern Alps. The first historical evidence of the ancient source of Pejo dates back to 1549, when some documents refer to the unique properties of the "baths of Pej". Certain and widespread news on Pejo's sources dates back to around 1660 when Alessandro Colombo, a physician and physicist of the Most Serene Archduke of Austria Ferdinand Charles published a monograph written in Latin entitled "De admirando Dei dono, sive de facultatibus acidularum in Valle Solis Episcopastus Tridenti repertarum"(On the wonderful gift of God, or on the properties of the acidic water discovered in Valle di Sole in Trento Episcopate"), in which he described the healing virtues of Pejo’s Antica Fonte and recommended that "... the heavenly gifts of God should not remain hidden, but, on the contrary, be disclosed to humanity,  which needs them more and more". In the same work, there is the testimony of other doctors who compare the water of Pejo with other water then known in Europe, arguing that Pejo’s water was very similar to water from Eger, a spa town located in Bohemia. In 1673, Michelangelo Mariani, a historian of the Council of Trent, mentioned the ferruginous water of the Val di Pejo among the riches of the region. 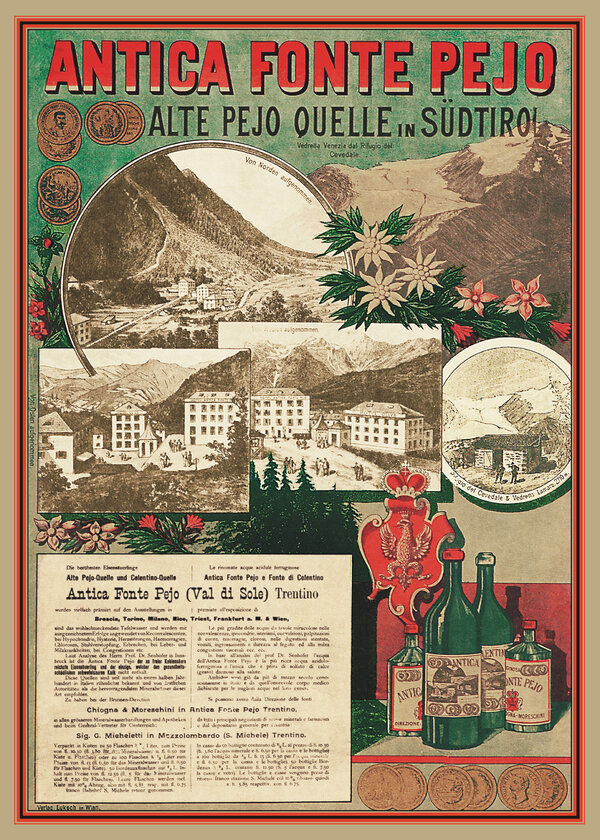 During the eighteenth and nineteenth centuries, the interest in Pejo’s waters increased more and more and the fame of the place grew and took advantage of being able to offer springs with different mineral compositions, suitable for the treatment of different diseases. Light water (i.e. Fonte Alpina) is renowned for its purifying and detoxifying characteristics, harder water (i.e. Antica Fonte) is used to treat mineral deficiencies (iron, calcium, magnesium, sodium ...) and for its regulatory action on various organs and systems.

Subsequently, between the end of the nineteenth and the first half of the twentieth century, a modern spa center with accommodation facilities and services was set up in Pejo. At that time, the center hosted mainly patients from northern Italy and from Austria and Germany. In the early years of the twentieth century, they began bottling Pejo water, initially with exclusively medical purposes and later through a large-scale distribution, bringing the Fonte Alpina brand to an international level; the distribution continues today at the Idropejo plant located in the town of Cogolo.

The thermal facilities at the Pejo plant were built in the mid-nineties by the Autonomous Province of Trento to respond to the development of tourism in the valley and to make the most of the therapeutic and health properties of the thermal springs of Pejo. The facilities have recently been renovated and expanded with the construction of new areas dedicated to thermal treatments and wellness.