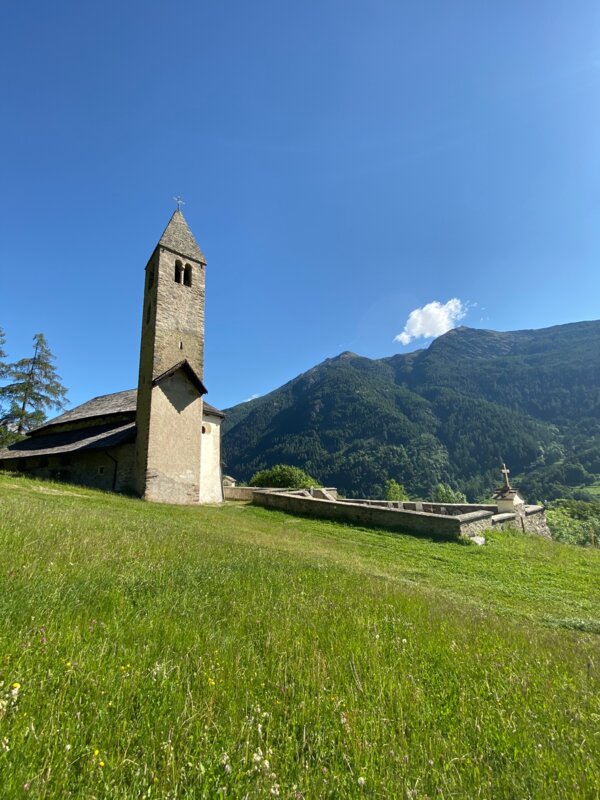 From the provincial road, take the road to Comasine (Comasina), first descending at the bridge over the Noce River, next to a 17th century mill where now, next to the millstones that have been unused for long time, you can enjoy the best local cuisine. The word Comasine has a pre-Roman origin and could come from the word "cama" (i.e. a rounded hill), or be associated with the toponyms Como, Comasna in Lodigiano, or Camuni which was close to the village. Comasine is one of the most interesting villages in the Trentino region and it is renowned for its white plaster houses with dark wooden superstructures and black shingle roofs. Comasine was the cradle of the mining activity of Val di Sole and, in the fifteenth century, the mining activity had a new impetus with the extraction of magnetite. The miners needed timber to reinforce the tunnels and build the shacks. The exchange of casting techniques with Val Camonica and Valtellina brought migratory waves of skilled laborers. The activity was suspended in 1857. Along the forest road that leads to Val Comasine you can see the entrances of two mines that cannot be visited because they are not safe.

Inside the village, the church dedicated to St. Matthew stands out as its internal layout is that of a Greek cross, a unique example in the valley and due to the succession of extensions and restorations of the church. The church has a squat bell tower, rebuilt in 1856 following the fire of 1853; the late Renaissance stone portal (1619) is also noteworthy. Toward the mountain, it is possible to notice a second entrance that was traditionally reserved to miners who also had a dedicated space in the church. The current structure dates back to 1462; the 3 precious wooden altars were brought from the church of St. Lucy. The largest altar is richly carved and gilded, with an altarpiece that hides an ancient wooden statue of the patroness in the niche probably made by Ramus. The other two altars were probably made by Lenner. Climbing the steep street after the church, you pass by the house of the ancestors of Giacomo Matteotti, the socialist deputy murdered by fascists in Rome (1924): a stone plaque commemorates him. Leaving the village, you can reach the church of St. Lucy either from a lane besides St. Anthony’s shrine or from the forest road that turns uphill; the church, located in a solitary and panoramic position, treasures the secrets of entire generations of miners who wanted to build it. The church was surrounded by a portico in the 16th century; Roman coins, weapons, tools and artifacts destroyed in the fire of 1853 were found nearby. The top of the hill, called "Castel", was probably a fortified prehistoric settlement. An old road crosses the village and leads to Forno di Novale at the bottom of the valley where there were the smelting furnaces for working iron.